“I make wine for people who don’t like wine,” jokes the maker of Jokas wines, John Brauns.

Latvia, not regularly known for its wines, is on the edge of becoming a wine destination for those who are interested in non-standard flavors, aromas, bouquets or who have simply sampled all that grapes have to offer. Using fruits, leaves, flowers and other unique ingredients has made Latvian wines appealing to those with a curiosity for tantalizing tastes. While the town of Sabile has been known for having the Northernmost Winery in Europe (as attested by the Guinness Book of World Records), and making wine since the 16th century, most winemakers historically kept to themselves, making wine at home for family and friends. 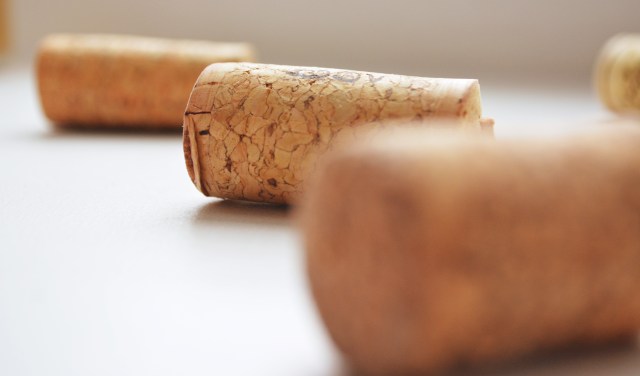 No grapes? No problem. Latvia’s creative vintners weave together local flavors of oak, elderflower, and dandelion for tongue-tickling bouquets.

However, Latvia is currently undergoing a rebirth and reawakening of winemaking, specifically from ingredients other than grapes, as the laws regulating fruit wines are far laxer than those governing grape wines, especially regarding added sugar. These different regulations have paved the way for Latvian winemakers to stretch their creative minds and answer the question: can you make wine from that?

Much of the experimentation with Latvian wines yields interesting results, and lessons in chemistry. Working with non-traditional fruits often lends an unexpected flair to wine making.
Brauns explained that, when working with sea-buckthorn, a lot of oil was produced when it was being processed. However, as the alcohol level rose, the oil level dissipated, leaving a nice, clear wine.

Brauns, who has been in Latvia since the 1990s, learned winemaking from his mother. Back in the 90s, however, winemaking and selling on a professional level was quite inaccessible to small winemakers. At that time, the laws regulating wine were quite strict, plus, the $10,000 permit that needed to be acquired, which made mass production and selling nearly impossible for most.

“I have made wine for over 40 years, but bigger business really only started about five years ago, when they changed the laws and winemaking became possible,” explains Varis Bangieris of the Vejkalnietis winery just outside of Talsi.
As those laws have been lifted, in recent years, more and more winemakers have come on to the scene with inventive wines of their own, packaged attractively, and offering a distinct flavor of the Latvian countryside. Some winemakers, such as Bangieris, experiment more with flowery wine assortments “My most interesting flavors are the floral wines – elderflower, white lilac, dandelion, linden, meadowsweet and others,” described Bangieris.

As a seasoned winemaker and enthusiast, Brauns has had plenty of opportunities to experiment with every flower, vegetable, and fruit imaginable. “The most successful wine from a vegetable was beetroot,” explains Brauns. He has also experimented with grains (wheat, barley, rye) as well as other non-standard flavors such as carrot, garlic, and cucumber. Those flavors, however, did not make it far in the market.

When Brauns began making wine, there were only a few other winemakers. Today, however, there are many more, yielding about 100s of different wines in Latvia being produced each year. The Jokas winery itself produces about 6000 bottles per year, and features about 30 different types and flavors, suited for every taste.  Currently, Brauns is experimenting with boiling down birch sap concentrate and making wine using this, instead of the straight birch sap, for a stronger flavor and sweeter taste.

As part of the copious amount of arduous research for this article, many fruit wines from all over Latvia were sampled. Oak leaf, dandelion, rhubarb, apple, bilberry, blackcurrant, raspberry, lilac, elderflower, and many more were among those lucky selected, not a grape to be found in the bunch.

For those new to Latvian/fruit wines, the makers of the wines were asked to name a few ‘starter’ flavors to try. Dzons Brauns recommended sweet blackcurrant, as well as semi-sweet autumn raspberry. He also suggest dry apple white wine, an underrated flavor, yet delicious and appealing for those who do not favor sweeter wines.

Bangieris suggested simply coming in and sampling wines before buying, to make sure that what you want is what you get, while also mentioning that many favor more ‘traditional’ flavors, such as blackcurrant, cherry, and apple.
“Every winemaker and every wine has its own flavor, and I do not recommend buying a Latvian wine without tasting it,” he explained. The Kalnciema iela Saturday market is a great place to start, as well as various holiday markets throughout the year in Riga, including the biggest yearly market on the 6th and 7th of June at the Latvian Ethnographic Museum.
“I see the future of Latvian wines as being one of unusual flavors, and sulfite-free wines,” says Bangieris.

Brauns on the other hand, uses sulfites, which is a common practice used to stop bacteria growth in the wine. Sulfur dioxide is nothing new to the wine industry, however, with sulfur having been burned in oak barrels before storing wine for 100s of years. Brauns also pointed out that, the traditional way of making wine in Latvia is to use natural yeast, which is not very alcohol tolerant and sulfites kill wild yeast, limiting what types of wines can be made this way.
Despite more and more wines being produced, there are very few bars and restaurants in Latvia that even offer Latvian wines. Why? Varis Bangieris explains that, “for restaurants, it’s easier and simpler to work with already established grape wines. Our wines are totally something else and Latvian wines are looked upon with a type of skepticism, being compared with those from the top,” he said.

Indeed, one must really know where to go in order to sample some of these fine fruity products. “It is a unique, specific product, produced using wine technology, but, with Latvian flavors, there is much more aroma and flavor diversity,” says Bangieris.
However, some cafes in Berga Bazars offer Latvian wines, as does the café Trusis, which offers about five different labels and rotates the selection seasonally. For those who prefer to try their new wines at home, Stockmann and idille also offer selections of Latvian wines.

The best part about Latvian wine is that that the consumer is in control of their personal tastes. “There are a lot of people who say they don’t know anything about wine,” says Brauns. “No one can tell you what’s tasty for you but you,” he continued. “You put it in your mouth and taste it. That’s all you need to do.”
Those in Latvia will be able to do just that this summer during the last weekend of July, in Sabile, at the Wine Festival Celebration. Both winemakers whose wines are sold in stores will be featured, along with non-licensed and small up-and-coming wine makers.  For those visiting during the holiday months, check out the Esplanāde and Dome Square Christmas markets, full of amazing hot wines to sample, as well as local winemakers. 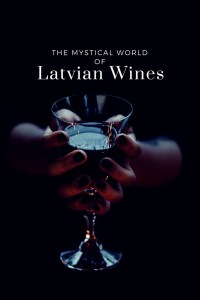