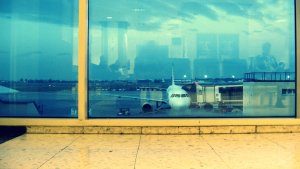 No need to suffer needlessly when travel plans are interrupted. Know your rights!

It’s typical: you’re traveling and your flight is delayed. Some sort of technical problem. Again.

I’ve even been half way to Europe when the pilot has come on and told us there was a problem with the pressurization system and we’d be returning to the East Coast. But first we’d had to burn off some fuel and fly around until we were light enough to land. In total the flight was delayed more than 8 hours.

Everyone has their own travel horror story. That feeling of not being in control, after getting a grope by TSA, makes travel stressful for so many people.

But now, there’s a silver lining. The European Union, that nasty creature that no one seems to understand but everyone loves to criticize, has done something useful for citizens directly. Now when an EU regulated airline flies to or from Europe, passengers are compensated for delays to the tune of €250-600! Time is money! Or, in the EU anyway.

The EU has an Air Passenger (bill of) Rights, which describes all the rules in about 800 words. Like, if your luggage is lost, damaged or delayed, you can get up to €1,220! One thing to remember, this doesn’t apply to “extraordinary circumstances” like bad weather, it does apply to most technical issues. The airlines fought hard against this in court, but in September 2015 the last ruling came down, and the law was upheld in favor of the passengers.

The compensation amounts vary depending on mileage and hours lost, so you can read the fine print to see about your specific situation, here’s a link to the EU’s complaint form. Why not give it a try?