The day before my flight to Delhi, yes I dropped the “new” in Delhi like all the cool kids, this guy I was seeing said one of the most haunting things to me. 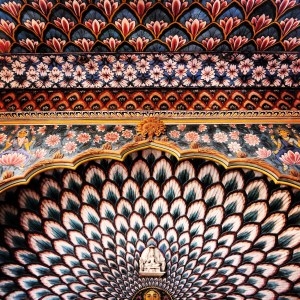 The Spring Gate at the Palace in Jaipur

These words haunted me, and still do, but now in a different way. At the time I heard the words they were the voice of my inner fears, a short summary of all my hesitations about my trip and traveling alone. What was I doing? Why was I going to India alone? How dangerous is this? Why did I book these tickets? How can I get out of this?

But afterwards, the words haunt me because I can’t believe I almost let some casual ultra-masculine condescending remark make me think of not going to India.

Yes, rape happens. And yes, a very prominent rape case happened while I was in India. But just think of all of the women currently not being raped, who are enjoying the thrill of travel? If I listed to this fear, I would have given up seeing the Taj Mahal at dawn, skipped every delicious meal, missed New Year’s Eve on the beach in Goa, and yes, I would even have avoided my required bribe to the Indian police. 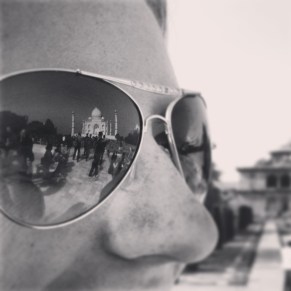 Reflecting on the Taj Mahal

When I left for India, I sent an email to my family, saying “Will I die? Well, everyone will eventually. Is it worth doing despite the perception of risk? Yes.” Because millions of women live in India, and thousands travel there each year. It’s not all rape and poverty. It’s an entire subcontinent! There’s so much more!

Of course there are statistically proven risks, and again, rape is a possibility but most people ignore statistics anyway. For example, there’s a 1 in 13 million chance of winning the lottery, and yet millions of people still buy a ticket, despite the odds against them. Sometimes people even buy two tickets, but that doesn’t double the odds.

But whatever the odds are on solo women travelers, I refuse to be ruled by them. I’m going to travel wherever I choose, in-spite of fear-inducing comments and supposed threats. Bad things happen all the time, no matter where you are, and that fact should never hold you back and keep you at home. There’s a great big world out there.

For more on this theme, checkout this cool comic on dealing with fear when traveling.